Michael Visenberg is a sports writer and basketball scout living in Toronto, Canada. He has been writing about basketball since he first picked up a pencil. His passion for the game came at an early age when he started writing lists of his favorite players, projecting future all-star line-ups and participating in NBA mock drafts. Growing up in Canada he took it upon himself to educate all of his friends about the game of basketball. Not only does he love the game, but he wants you to love it too. For college he attended the University of Oregon where he was a regular at games for both the Ducks and local high school standouts Kevin Love and Kyle Singler. Since graduation he spends his time between Portland and Toronto where he has been involved in both of their basketball scenes. Michael has attended events such as the Nike Hoop Summit, Nike Global Challenge, Team Canada practices, Adidas Nations, The Jordan Take Flight challenge, OVO Bounce and NBA summer league. Currently Michael is the co-host of the basketball podcast “The Bench Guys” and is a contributor to the website NBADraft.net where he does regular stock watches, scouting reports and helps compile the mock draft. 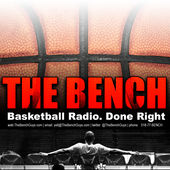