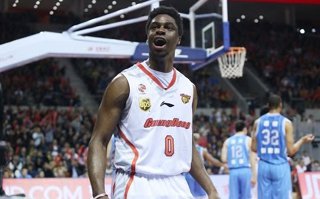 In addition to the Warriors reshaping the mindset on how to win in today’s NBA, the 2014-15 season may go down as the year of the point guard. In a year where Stephen Curry won the MVP award, Russell Westbrook led the NBA in scoring and 8 of 24 NBA All-Stars ran the point, the position has unprecedented depth and talent. It used to be that having a high level floor general was a luxury, and now it has become a virtual necessity. Similar to the quarterback position in the NFL, it may still be possible to win a title without a top tier PG, but it is proving more difficult than ever before. … END_OF_DOCUMENT_TOKEN_TO_BE_REPLACED 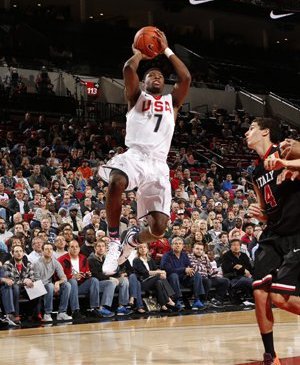 In a competitive contest, Team USA pushed the World Team to the very brink, as a last second shot by Allonzo Trier hit the side of the backboard. The practices gave us a terrific glimpse into what these players can do, with many of their skills being displayed in the 103-101 contest. This group had a lot of International experience, with every member having spent time playing for Team USA in prior contests. … END_OF_DOCUMENT_TOKEN_TO_BE_REPLACED

The 2014 World Team suffered an 84-73 loss at the hands of a team led by the trio of eventual NCAA Champions from USA squad, Justise Winslow, Tyus Jones and Jahlil Okafor. Though last years team featured three picks in that summer’s NBA Draft, this team is bigger and definitely more talented from top to bottom. … END_OF_DOCUMENT_TOKEN_TO_BE_REPLACED